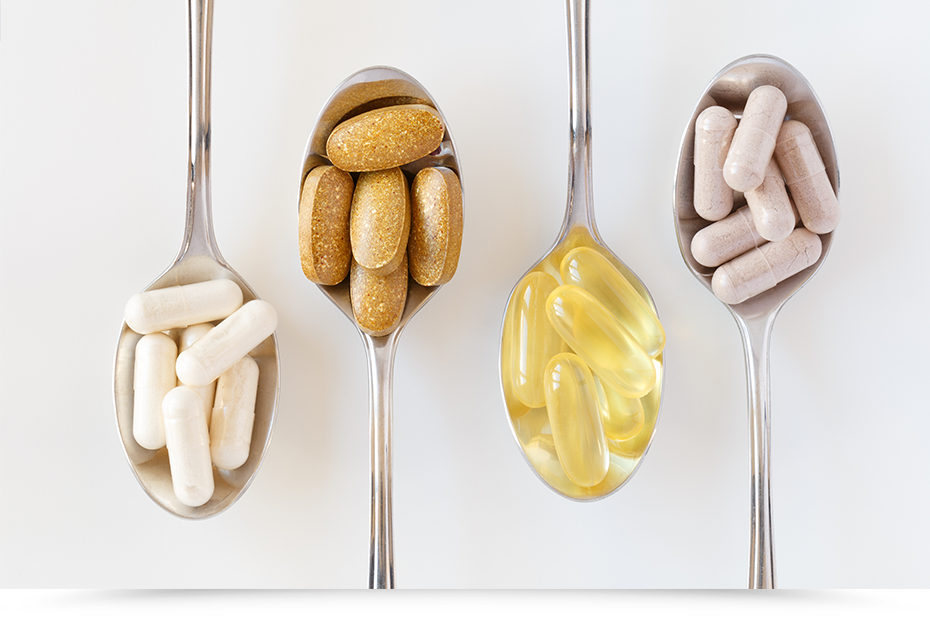 Despite these obstacles, the frontiers of medical research into chronic conditions is pushing mainstream healthcare closer to the holistic approach of functional medicine. Doctors are beginning to accept that obesity, diabetes, and heart disease often develop from a system-wide breakdown of health, not a cause that can be cured with a pill.

How Supplements Fit Into Drug-Based Medicine
After decades of being encouraged to take daily vitamins, Americans are now hearing that supplements are a complete waste of money. A medical advice reversal is nothing new. So, when complex scientific findings are reduced to a sound bite on the evening news, it’s best to take a step back and see where the research behind the news originated.

In response to these three papers, Dr. Guilliams wrote a rebuttal commentary, The Case is Closed: Editorial Bias Prevents Reasonable Evaluation of Dietary Supplements, which exposed several flaws in the studies. One major discrepancy was the attempt to look for drug-like outcomes in dietary supplements. If researchers test supplements like drugs, which they are not, then the model will show that the supplements don’t work. At the same time, it’s common in medical literature to see studies that don’t isolate the supplements they are testing, which would not happen in a clinical trial of a drug. In fact, many of the patients in these trials of supplements are on upwards of eight or 10 other drugs, which could obscure any effect the supplements have.

Evidence-based medicine is now turning into what could be called medicine-based evidence. Researchers think they’re looking at scientifically-determined evidence, but what the research norms have really done is allow the pharmaceutical companies to determine which biomarkers to measure, which endpoints are meaningful, and which values should be considered meaningful.

The timeframe for efficacy in these trials is also determined by expectations for drugs. A drug typically must work within six to 12 weeks to be considered effective. Yet, a few weeks is a short period of time to measure the effectiveness of compounds in supplements, which are known to have subtle effects at the genomic and epigenetic levels over long periods of time.

Unfortunately, problems with accurate supplement testing extend beyond efficacy and into quality control. For several economic and regulatory reasons, clinicians may have trouble finding supplements that are safe and that have effective levels of the compounds they advertise.

A large proportion of supplements recalled by the U.S. Food and Drug Administration are pulled because they are adulterated with pharmaceutical ingredients. In 2014, an article published in the Journal of the American Medical Association (JAMA) revisited 274 products that were recalled by the Food and Drug Administration (FDA) due to adulteration by a drug, and looked for evidence that the products were still being sold.

The study authors found 27 of the original 274 products for sale, and tested them for purity. Of the 27 products, 18 were still tainted and adulterated with pharmaceutical ingredients. Yet, news coverage of the JAMA article stated, “more than half of the tainted supplements were still available for purchase,” according to a Reuters article published in 2014. A second look at those numbers proves more than 93% of the recalled products were either unavailable, or unadulterated.

Maintaining trust in supplements
Clinicians who want to use or recommend supplements to their patients should take several steps to help ensure the safety and efficacy of these products. First, it’s best to avoid purchasing products from companies without an established reputation for quality. Keep in mind that products marketed to treat certain health concerns are especially prone to contamination. Weight-loss products, sexual enhancement products, sports performance or body-building products, and products that promise to help mood or depression are more likely to be adulterated than other supplements. Finally, pay attention to the source of the products. Contaminated products are very commonly purchased online.

Most of these dangerous products are not truly dietary supplements, but unapproved or undisclosed drugs masquerading as dietary supplements. The FDA has done quite a bit to remove tainted dietary supplements over the years, and some non-profit organizations have also stepped up to the quality control problem to investigate adulteration of botanicals. But, clinicians who want to promote remedies that are different from guideline recommendations should be sure to stay informed about the latest literature on those remedies, including studies with both negative and positive results. Stay up to date with the nuances of the regulatory environment of the dietary supplement industry, including rules about over-the-counter (OTC) products and compounding.

Clinicians who want to recommend or promote supplements should always be able and willing to report serious adverse events they encounter through FDA’s MedWatch to help protect the public. And finally, clinicians should be honest about the fact that a small minority of companies will try take advantage of the uninformed population by selling tainted or ineffective products.

Gray areas in supplement classification
Supplements occupy an odd place in the larger food and drug regulatory environment as neither a food, nor a drug. While the supplement market largely delivers safe products to the public, some regulations may inadvertently make it supplements less safe or less effective.

Red yeast rice has long been used as a dye in East Asian cuisine, but it is widely known today as a popular nutritional supplement meant to lower cholesterol. Research on red yeast rice has found it naturally contains a compound called monacolin K, which has the same structure as the FDA-approved drug lovastatin. In 1987, lovastatin became the first FDA-approved drug for lowering cholesterol. About 10 years later, the FDA stopped the shipment of red yeast rice that was destined for a supplement product called Cholestin because it tested higher than trace levels of the monacolin K/lovastatin molecule.

Monacolin K is a natural fermentation product of a number of fungal and yeast species. Like red yeast rice, lovastatin is produced through fermentation. However, the FDA is clear that any product with lovastatin/monacolin K, declared or undeclared, above “natural, food-grade” levels will be considered an unapproved drug and pulled. Lawsuits over Cholestin ensued, and in response, other red yeast rice supplement manufacturers stopped testing their products for monacolin K. Manufacturers reasoned that testing red yeast rice would leave a paper trail of monacolin K content, and if the manufacturers didn’t know how much monacolin K was in their product, they would be less likely to get into trouble with the FDA.

In 2016, a lab associated with Dr. Guilliams analyzed four red yeast rice products sold through physician channel companies. They found an extreme variation in monacolin K concentrations ranging from 0.0 milligrams to 2.9 milligrams. The products on the low spectrum of monacolin K concentration would pass under the FDA guidelines, but would have limited efficacy. The products with the higher concentrations would likely be considered as unapproved drugs by the FDA. Red yeast rice products are regulated in a way that companies can’t test for active compounds in their products, and therefore they can’t disclose what’s in the product, and they can’t even set specifications for those products. This regulatory grey area makes it impossible for a clinician to assume the level of active ingredients in these supplements from one package to the next.

Thankfully for clinicians, there is a plethora of ways to attack the cardiovascular event model, and low-dose statin therapy is one of these ways. The example of red yeast rice is just one more reason why clinicians need to seek out regulatory news, and familiarize themselves with other avenues to treat patients, including lifestyle interventions and nutrients, vitamins, and minerals that are not only effective, but legal.