Berberine and the Gut Microbiota: A Bidirectional Relationship

Berberine and related alkaloids have a long history of medicinal use in the various herbal traditions in both the East and West. These alkaloids are found in the roots, rhizomes, and stem bark of numerous plants, such as Berberis aquifolium (Oregon grape), Berberis vulgaris (barberry), Berberis aristata (tree turmeric), Hydrastis canadensis (goldenseal), Xanthorhiza simplicissima (yellowroot), and Coptis chinensis (Chinese goldthread, the most common source for commercial berberine HCl/sulfate ingredients). Historically, berberine is most noted for its antimicrobial, antifungal, and immune enhancing properties, though more recent research has evaluated berberine’s therapeutic potential for diabetes, cardiovascular diseases and cancer.2,3,4,5,6,7

Berberine has long been recognized as having microbial-modifying activities, properties that have historically been described as exclusively “antimicrobial.” Because of this, there has been some concern that berberine’s microbe-altering effects could negatively impact metabolic function by negatively affecting the gut microbiota. On the contrary, emerging research now suggests the opposite: that berberine therapy may create a more metabolically favorable microbiome and, furthermore, berberine’s activity relies upon commensal organisms to improve its bioavailability.8

As many now know, metformin has similar modulating effects on the microbiome, also increasing the abundance of beneficial commensal organisms Akkermansia spp.11 In fact, berberine and metformin have been shown to similarly shift the gut microbiota in animal models.12 Interestingly, in HFD-fed rats supplemented with berberine or metformin, the diversity of the gut microbiota was significantly decreased by both metformin and berberine treatment; while both increased SCFA-producing bacteria (berberine increasing the SCFA-producing bacteria to a greater extent than metformin). Berberine treatment has been shown to promote the production of butyrate in the gut microbiota, which may account for its effect on blood lipids and glucose. Importantly, pretreatment of animals with antibiotics abolished the effect of berberine on butyrate production.13

Berberine is Transformed by the Gut Microbiota

The composition of the gut microbiota (and their enzymatic capacity) also influences the transformation of berberine, which has poor natural bioavailability, into a more intestinal-absorbable form.14 In animal models, nitroreductases (NR) produced by gut bacteria were shown to reduce berberine to dihydroberberine (dhBBR), which has an intestinal absorption rate five-fold greater than berberine in host animals. After absorption, dhBBR is oxidized back to berberine, which then enters the bloodstream. When animals are given antibiotics, the conversion of berberine to dhBBR is greatly reduced, resulting in significantly lower blood berberine concentrations (and reduced levels of lipid- and glucose-lowering outcomes).

Human studies have clearly shown that individual gut microbiome differences predictably determine differences in the metabolism and absorption of berberine.15 Interestingly, studies in animals and humans show that subjects with dyslipidemia have greater microbiome nitroreductase activity and higher serum berberine levels after oral administration.16 This suggests that berberine’s activities may be preferentially greater in these subjects (or that measuring NR activity as a defining metabolic phenotype in patients may serve as a future biomarker for the personalized treatment of hyperlipidemia with berberine). Since berberine modulates the microbiota over time, it is not currently known how the long-term intake of berberine would affect microbiome NR activity. 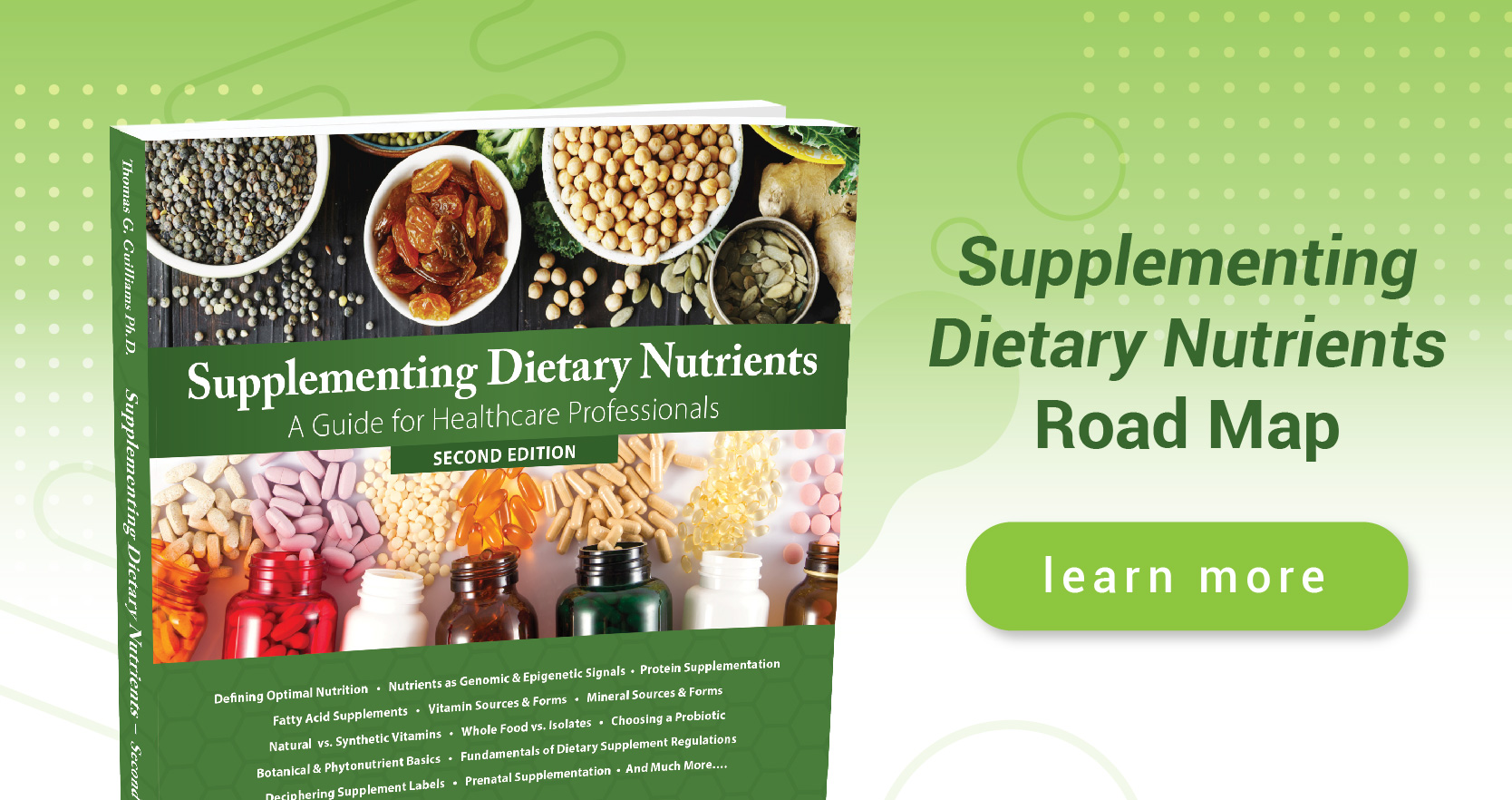 Thomas G. Guilliams, PhD (Tom) earned his doctorate in molecular immunology from the Medical College of Wisconsin in Milwaukee. For the past two decades, he has spent his time investigating the mechanisms and actions of lifestyle and nutrient-based therapies, and is an expert in the therapeutic uses of dietary supplements. Tom serves as an adjunct assistant professor at the University of Wisconsin School of Pharmacy and was the VP of Science for Ortho Molecular Products for 24 years (he now serves them as a consultant). Since 2014 he has been writing a series of teaching manuals (Road Maps) that outline and evaluate the evidence for the principles and protocols that are fundamental to the functional and integrative medical community.  He is the founder and director of the Point Institute, an independent research and publishing organization that facilitates the distribution of his many publications. A frequent guest-speaker, Dr. Guilliams provides training to a variety of health care disciplines in the use of lifestyle and natural medicines. He lives in the woods outside of Stevens Point, Wisconsin with his wife and children.